Thoughts on Peace – Reflections from the Newark Peace Summit: Peace and Gender 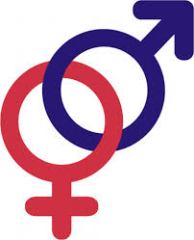 What type of person comes to your mind when you hear the following words?: “Criminal, Tyrant, Murderer, Terrorist, Rapist.”

How about these words?: “Leader, Politician, Dictator, President, Ambassador.”

Chances are, you most likely pictured some sort of man when you read these words. What is the meaning of this?

Of course, this does not mean that all men should be labeled with these terms. However, as several of the speakers at the Newark Peace Education Summit so profoundly discussed: it is undeniable which gender has disproportionately contributed to fighting, violence, raping, and war throughout the history of mankind: MEN.  And what gender is typically left to pick up the pieces and rebuild families and communities? WOMEN.  In addition, research shows that women are disproportionately affected by most violence and war across the world. However, when it comes to positions of power (politically, economically, educationally, etc) women are not PROPORTIONATELY represented at the discussion table.

The use of the word “proportionately” is of great importance here. When there is a disproportion of power of ANY kind, it is likely to cause problems. For example, if 40% of a community is black, but only 5% of government officials of that community are black, it is very likely that the needs of those 40% are going to go unmet. As a result, simply having a select few “token” women in high-ranking government positions or CEO positions does not address the inequality. It is not sufficient.

The next question: Why is this important? My response: if we are ever to have peace in the world, violence, killing, and rape (not to mention inequality) are things that need to be eliminated. If women are not given a say in major decisions, then the ironic tradition of attempting to establish peace through means of war (i.e. capturing and killing people like Hussein, Bin Laden, etc.) is likely to continue.

Taking it back to the Peace Education Summit…so many great speakers touched on this glaring global issue of gender inequality:

To conclude, I think it’s overwhelmingly clear that we need more women in power. From my experience, any time I’ve been involved with something humanitarian (volunteering, non-profit work, service through AmeriCorps, studying social justice issues, etc) I’ve been surrounded by much more women than men. Personally, I want this nurturing, compassionate attitude to be represented when governments and businesses are making major decisions that affect the lives of the entire world.

However, while I realize that this is a pressing issue, I am in no way perfect, and I know that at times I may contribute to this inequality myself. For example, judging a person’s comments (even if its only in the slightest way) because she is a woman, or making jokes that objectify women (like “that’s what she said”) both restrict my personally ability, and in turn, the world’s ability to achieve true peace between genders. It is my personal belief that until we critically analyze and challenge our collective way of thinking, we will not be able to fully understand peace as it relates to gender and bring about a more peaceful world.

What do you think? I leave you with the following questions:

1.)  In what other ways can this disproportion of female power affect the world?

2.)  What other personal actions that you have direct control over may be contributing to gender inequality? For example: viewing women as inferior, objectifying women, making disrespectful comments about women, not respecting the opinion of women as much as men, etc.

3.)  What is ONE thing you can start doing TOMORROW that will help the world achieve peace and equality between genders?

Leave comments, I’d love to hear from everyone!

2 thoughts on “Peace and Gender”